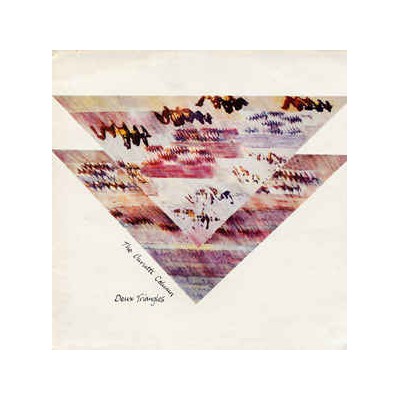 READY TO BE SHIPPED IN 15 DAYS

Factory Benelux presents a deluxe double vinyl gatefold edition of Deux Triangles, originally a 1981 EP by acclaimed Factory Records group The Durutti Column, which can be considered a companion set to their signature second album L.C. Just 1000 copies have been pressed on blue and clear coloured vinyl for Record Store Day 2021.

Recorded in Brussels and Manchester in 1981, Deux Triangles began life as single on which Vini Reilly intended to showcase his piano playing as well as his trademark shimmering, filigree guitar. Bruce Mitchell played drums, with his artist wife Jacqueline also contributing tentative bass guitar as well as the record’s beautiful watercolour cover art.

Delayed by the release of the sublime L.C. album in November 1981, Deux Triangles eventually appeared on Factory Benelux the following year and featured 5 tracks: Zinnia, Favourite Painting, For Patti, Weakness and Fever and Piece for Out of Tune Grande Piano, the latter a solo piano improvisation lasting fully 12 minutes.

Long deleted, the original 5 tracks are now expanded to 10 with the inclusion of several other pieces recorded for Benelux and sister label Crepuscule during the same period, including compilation tracks (One Christmas For Your Thoughts, Party, The Eye and the Hand) and album outtakes (Mavucha, Homage to Martinu). Vini’s extended solo piano piece appears in the shortened form (Piece of Out of Tune Grand Piano) issued by Factory in 1986, the full length version being included on the digital version of Deux Triangles Deluxe.

Disc 2 is the complete 10 song live set performed by the group in Brussels on 13 August 1981, never before released on vinyl. Professionally recorded for Belgian radio, the festival gig coincided with the first studio session for Deux Triangles.

B1 One Christmas For Your Thoughts B2 Party B3 Mavucha B4 Favourite Painting B5 The Eye and the Hand Live In Bruxelles 13.8.1981