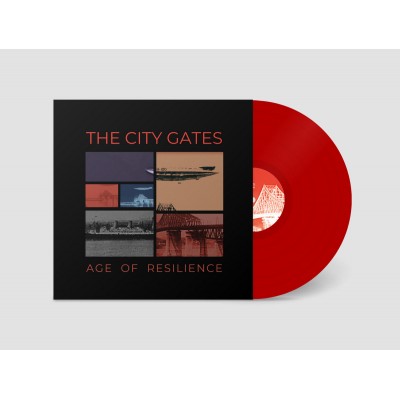 From Montréal, The City Gates are approaching a decade’s worth of service. Working from a shoegaze/dreampop playbook throughout the pages of which they’ve overwritten those somewhat ethereal tenets with their own more forceful passages, ones lifted from the classicist’s post-punk canon, the result is a potently intricate, assured sound that suggests Ride if they’d rode not out of Oxford at the tail end of the 80s but rather Manchester some ten years prior. There is, in short, a funereal touch to this band’s brand of elegance, one we found ourselves stalking around in with mystery and not a little beauty tugging at our coattails, gleams of light streaking overhead, a perhaps too poetic way of saying that the sheer quality of The Age of Resilience jumps out at you pretty much everywhere you turn.

“The Pyre,” bursting forth with coruscating guitar, the rhythm section deep in history’s trenches, the vocals reaching for transcendence inside it all; “Cape of Good Hope,” sounding for everything like the mourning, ache-filled soundtrack to a tragedy at sea (it is, in a phrase, fucking beautiful); the gazey, suitably enigmatic yet pounding shiver of “Tending a Dead Woman’s Garden”; “Roman Empire,” via mesmerism, gently lowering the listener into a chiaroscuro reverie; the German-sung “Siegfried 1969,” pulsing, haunted and ultimately unleashed; “Copenhagen,” as gauzy a dream of a dreamscape as you’ll hear this year, its yearn a bit bitter, its exquisiteness uncontestable. All of which, accounting as it does for just over half the album, is but a whetting of appetite. Age of Resilience – and god let’s hope that title turns out to be prescient – is a feast. Sit down (or, more likely, get up, sway around) and indulge.

TRACKS:A1 Nowhere Nagasaki A2 The Pyre A3 Cape of Good Hope A4 Tending a Dead Woman's Garden A5 Le Silence A6 Roman Empire B1 Siegfried 1969 B2 Claiming Race B3 Copenhagen B4 Slush B5 Foghorn's Cry 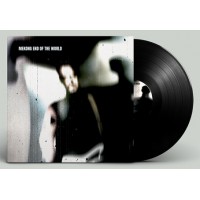