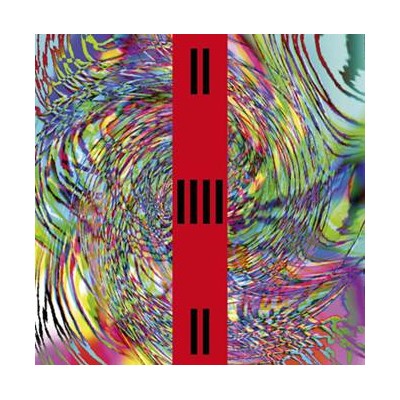 For the celebration of their 35th anniversary year of existence in 2016, Belgian electronic music pioneers FRONT 242 decided to re-release several of their albums together with Alfa Matrix, their partner in crime over the last 15 years now. These remastered versions will showcase FRONT 242’s innovative and unmatched sound in the best audio quality made possible by today's audio technology.

These albums will be released on various formats, incl. collector’s editions, as follows:

FRONT 242 now re-release their last studio album to date, all in re-mastered sound quality, as a double-CD jewelcase format featuring both together: the “Pulse” full length album and its pre- decessor mini-album “Still & Raw”.

“Pulse” was originally released in 2003 and is to date the last official studio album of FRONT 242. It gets marketed again this time as a double-CD with the “Still & Raw” Mini-Album as second disc. Back in 2003, this album really took the FRONT 242 fanbase by surprise, breaking 10 long years of studio silence (besides some side-projects and other live recordings), revealing something new, different and once again absolutely ear-challenging, offering an inspiring look to the future of electronic music. Taking things further and pushing the limits of their machines, the legendary FRONT 242 showed that it was time to move on and that repeating their famous 80s sound would have been unoriginal and in full contradiction with the band’s adventurous core spirit. “Pulse” being another work of pioneering electronic mastery on which creativity is genuinely abound. A sophisticated album on which the 242 team manipulates their instruments with un- matched dexterity, implementing synths and breakbeats in a quite unique and unpredictable way and bringing unmatched dark and passionate vocals in more subtle and melodic ranges never before demonstrated on FRONT 242 discs... This is definitely an album that can only be appreciated fully after repeated listens. Simply lose yourself in the atmospheres and rhythms to really decipher and enjoy completely “Pulse” and its accompanying “Still & Raw” mini-Album. So listen carefully...