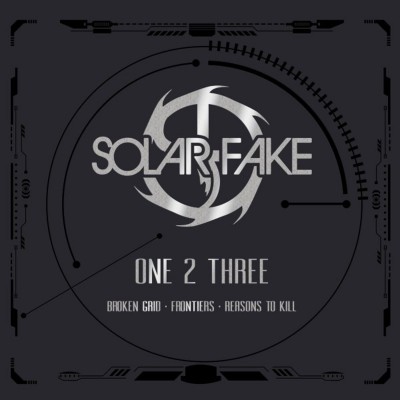 File under: Electro/Industrial With this release, SOLAR FAKE finally make a contribution to their own fame – considering their successful band history, what would make more sense than taking care of their own back catalogue? Here is “One 2 Three”, a 3-CD set coming in a deluxe 8-page Digipak featuring their first three albums “Broken Grid”, “Frontiers” and “Reasons to kill”, of course enriched with bonus tracks and extensive liner notes. Sven Friedrich, singer and mastermind of the band, about this release: “It’s been 10 years since our debut ‘Broken Grid’ saw the light of day. A lot of things have happened in the meantime, but for us, almost all of them were completely positive. So even better that our first three albums will be re-released now on ‘One 2 Three’. Moreover, we have two bonus tracks per album featuring either live recordings or rehearsal tracks. And the booklet describes my personal reflections upon the band’s history. So, to everybody who met us later on our way and of course to all fans and collectors – have fun with this retrospective!”