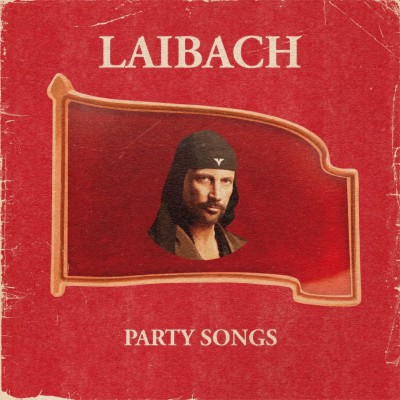 LAIBACH, in collaboration with Silence, have announced a six-track EP, Party Songs, featuring unpublished tracks from the repertoire of the band’s 2015 performances in North Korea, as documented by Morten Traavik and Uģis Olte’s ‘Liberation Day’ film (2016). ‘Honourable, Dead or Alive, When Following the Revolutionary Road’ is based on an aria from the classic North Korean revolutionary opera Tell, O Forest (1972), one of five famous revolutionary operas in the DPRK, written and produced under the guidance of the Dear Leader Kim Jong Il. Laibach’s reinterpretation was prepared for the 2015 Liberation Day concert in Ponghwa Theatre in Pyongyang, but deemed too “confusing” by the North Korean hosts and struck from the concert repertoire. The band later performed a version of the same song Kum Song Music School, arranged by the students of the school.

‘Arirang’ is all-Korean folk song, performed by Laibach in Pyongyang, estimated to be more than 600 years old and often considered the unofficial national anthem of North and South Korea. There are about 3,600 variations of 60 different versions of the song, and it’s included twice on the UNESCO Intangible Cultural Heritage list after both South and North Korea submitted it on different occasions.

‘We Will Go to Mount Paektu’ is a pop hit, originally performed by the by the all-female Moranbong band, supposedly created under the creative guidance of Supreme Leader Kim Jong-Un. A seemingly innocuous and upbeat ode to the joys of mountain trekking, the song is in fact deeply political and patriotic as Mount Paektu (Korean: Paektusan) is both the “holy mountain” of the ruling Kim dynasty, and the mythological birthplace of the Korean people 5000 years ago. At the hopeful suggestion of the North Korean hosts, Laibach recorded an English-language cover version but upon hearing the results, State censors swiftly requested the song be removed from the repertoire out of concern that the local audience would react with “confusion, anger and mayhem”.

3 – We Will Go to Mount Paektu

6 – We Will Go to Mount Paektu (Live at Ponghwa Theatre, Pyongyang)