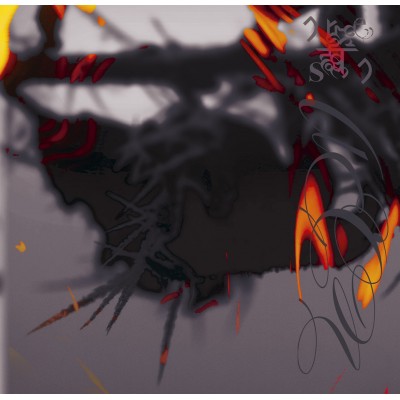 in 2016, NothingButNoise embarked for an extremely rich three year creative cycle, which began with the release of the first volume of the "eXistence Oscilla + ion" trilogy, and ended with the colossal "Magnetic Formations and Phenomena of Uncertainty" right at the end of 2018. Today, the band is back after a two year discographic silence, this time with a new pharaonic project called "Aeon", which analyzes our relationship to age and eternity, and through which it probes the cycles of life, as well as those of creation process over infinite times. Eternity, according to NothingButNoise, is however of variable geometry: with "Aeon" it takes shape as nine "Cycles" spread over two discs with complementary sleeves, as two fragments of eternity which, once added together, make up a wider result. Both called "Aeon" and offered separately and simultaneously, these two distinct programs offer nine monumental tracks that flow to the rhythm of geological time, in the shape of nine primordial sound magmas from which rise mountains of electronic sequences, open up ambient music seas and sediment sound l ayers strata.-

As this is what NothingButNoise's music sounds like: organic and layered, as a world of itself in our headphones, it patiently aggregates infinite cycles where the infinitely small guides the infinitely wide, it traps sequences of materials from the depths of time, as if drawn from the stars themselves. If eternity is a notion that goes far beyond our human condition, it always comes up when we lose a close relative, and this why "Cycles 4" is dedicated to Dirk Bergen’s brother in these terms : "in memory of a Son, a Brother, a Father. Wim Bergen 1955 - 2019".